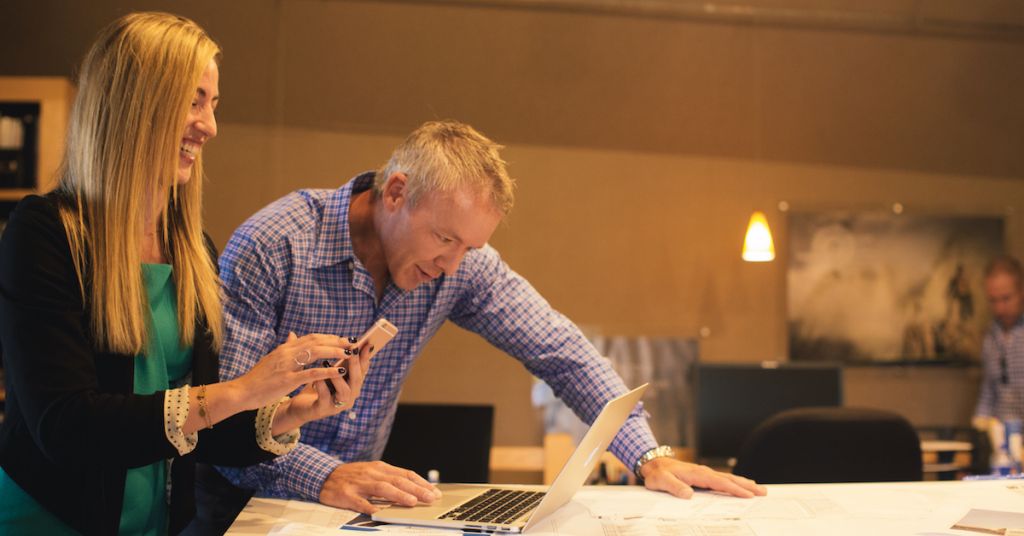 In business circles, it has long been held that entrepreneurship is the driving force of progress. For young organizations, creating an entrepreneurial culture is essential for survival. Smart, agile young companies survive, while those that react slowly to the market fall to their competitors. For mature organizations, entrepreneurship is the engine that allows companies to continue to innovate and grow while avoiding decline, even decades into their existence.

For more than 25 years, Perficut has been working to redefine their industry through an entrepreneurial approach that empowers employees while fostering a culture that encourages teams to think outside the box. We sat down with the owners of the company to learn more.

“Without a doubt, the most important factor for business owners who want to create an entrepreneurial culture is hiring people who really want to be entrepreneurs,” said Boelman. “Steve Jobs was always fond of saying, “Get the right people on the bus first, and then figure out where the bus is going.” I couldn’t agree with that statement more.”

“Many employers get intimidated during the interview process when they come across candidates who openly express a desire to be in business for themselves, added Ballard. “Many companies view these candidates as a threat, and worry that they will come and learn, and then take what they’ve learned to start a new enterprise. At Perficut, these are the exact type of candidates that we want to recruit. We want all of our employees to think like business owners. We want them to come with ideas, take ownership of their ideas, and then help us implement those ideas to make the company better.”

“Once you have the right people on the bus, you have to communicate with them and make sure that they are communicating with each other,” said Ballard.

“We’ve found that it is absolutely essential to give entrepreneurial employees a voice in the company,” said Boelman. “You have to create a culture where everyone feels safe freely sharing ideas. That requires that management recognize people for their ideas, not only when they are offered, but continuously thereafter. When people feel like their ideas are heard, recognized, and remembered down the road, it makes it much easier for people to open up.”

“In some cases, particularly when you’re getting started, this means that you have to solicit input and advice from members of your team,” said Ballard. “Quiet meetings don’t lead to progress. You have to get people communicating.”

“Sometimes communication can also be facilitated by eliminating walls,” Boelman said. “We recently went through a major technology overhaul of several of our critical organizational processes. The effort required participation from people at all levels of the organization but it wasn’t going well initially. The executive who was responsible for the rollout gave up her office and took a desk in the middle of our administrative bullpen so that she could interact with the rest of the team more informally and consistently. It was a subtle change that had a huge impact.”

“Once you have great people, doing great work, you have to develop a plan to keep them,” Ballard said. “We’re extremely proud of our retention at Perficut.”

“We believe that the best way to retain top talent is to empower them,” said Boelman. “Obviously that comes from empowering them to make decisions, set goals, and manage their teams. But it also means that you need to be constantly looking for ways to create microbusinesses within the organization. At Perficut, this has meant opening new regional offices, expanding to include new service lines, or even acquiring other companies for our top people to run.”

“We also recognize that part of our role as owners is to continue to motivate and inspire our teams,” said Ballard.

“For better or worse, failure is also a necessary ingredient of entrepreneurship,” said Ballard.

“We recognize that if you don’t fail every now and then, you’re not dreaming big enough,” said Boelman. “In business there are so many things you can’t control, and the biggest successes often require a little bit of luck. We try to teach our team that it’s okay to have some failures.”

“Several years ago we purchased a small wastewater management company,” said Ballard. “The business appeared good and we had a great team behind it. However, after a few years it became obvious that it wasn’t going to generate the internal rate of return that we demanded so we didn’t hesitate to shut it down.”

“The key to managing failures, of course, is that you learn from them,” said Boelman. “This can be very difficult for organizations because you have to internalize the lessons without assigning blame. Blame is a culture-killer.”

“Because of the highs and lows, and the extreme amount of hard work that’s demanded, entrepreneurial cultures requires an enormously dedicated team,” said Boelman. “And a nearly constant stream of motivational tools.”

“We spend a lot of time trying to determine what motivates our teams,” said Ballard. “As I think through our current management team, every one of them has a different motivation. Some people need recognition, some need time off, some need money. To keep the teams moving, you have to understand that incentives come in lots of shapes and sizes.”

“Over 25 years, we have also learned that to keep an entrepreneurial culture growing, you have to lead by example,” said Ballard.

“For Kory and I that has meant celebrating entrepreneurship in our lives with projects in the company, through ventures that are outside the company, and even through special projects in our personal lives,” said Boelman.

“At the end of the day, the most important thing is to have fun,” said Ballard. “Entrepreneurial people understand that life is short. They are always looking for ways to live a more meaningful and productive life.”

“In the past, we’ve hired a band to play a pancake breakfast, published a magazine with features about our people, or even brewed our own company beer,” Boelman said with a laugh. “We like to get way out of the box with fun.”

Proud of you Boleman.