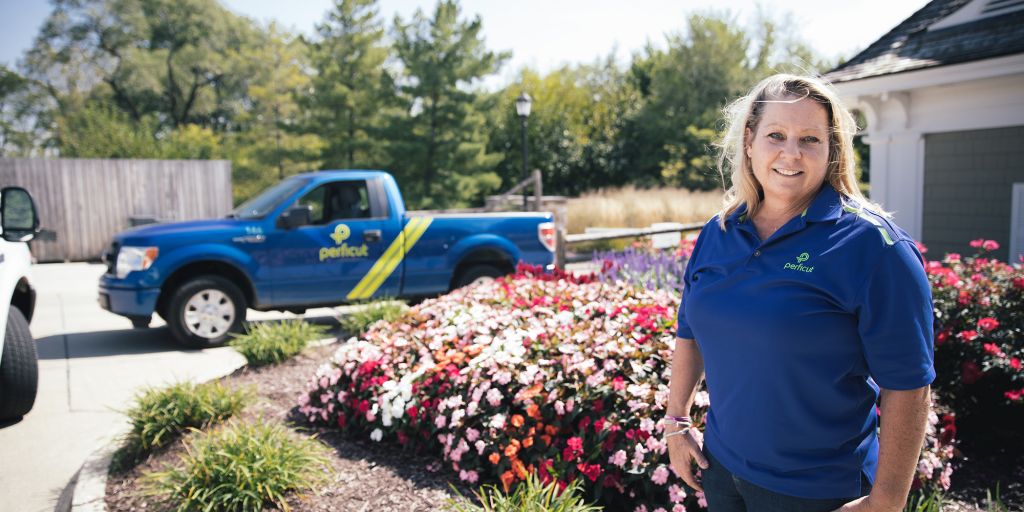 AFTER SEEING GRACE KELLY FOR THE FIRST TIME, the Prince of Monaco, Rainier III, is rumored to have remarked that she was “tangible proof of the existence of God.” After all, he reasoned, what other explanation could there be for something so beautiful and perfect to exist?

A walk through the many spectacular gardens of downtown Des Moines forces the same question. From the dramatic formal gardens at the World Food Prize Hall of Laureates and the modern design of Cowles Commons, to the ever-changing seasonal planters that fight for attention from the sculptures in the Western Gateway; what possible explanation could there be for such beauty and perfection?

Perhaps the color, shape and scent of each bud can only be explained with a reference to divinity, but the planting and growth of the gardens is quite another matter altogether. As the author Kipling wrote, “gardens are not made by singing ‘Oh, how beautiful!’ and sitting in the shade.”

The group of people that brought these gardens to life includes businesses and philanthropists, developers and dreamers. But if you check the 35,000 bulbs planted each season in downtown Des Moines for fingerprints, your investigation would lead you quickly to Lisa Fazio.
“If there were a ‘Hall of Fame’ for flowers, Lisa Fazio would be in it,” said Matt Boelman, co-owner of Perficut Companies.

Modest to a fault, Lisa doesn’t see her contribution as anything other than evidence of the passage of time. “I’m old, and I’ve been doing this for more than thirty years,” she says with a laugh. “But I’ve loved every minute of it. I store my memories in the wrinkles around my eyes.”

Born in Beaverdale, Lisa was a member of one of the first few classes from Hoover High School. After graduating, she found herself wandering around the campus at DMACC and stumbled across the greenhouse. Amazed with what she saw, she quickly learned that DMACC offered a two-year degree in horticulture and immediately enrolled.

“I knew that I was really more of a dig in the dirt kind of person than an office person,” she said. “But it hadn’t occurred to me that I might actually be able to make a career out of flowers.”

The horticulture program required several rotational internships, which provided practical work experience and gave the students a glimpse of what they might be doing in the future. Lisa was assigned to an internship at Water Works Park in Des Moines.

“The Des Moines Water Works has always handled their own maintenance,” she said. “They have their own greenhouse and they grow their own plants. So our team was responsible for planting annuals, trimming the crabapple trees and mowing the lawn.”

At the time, it was uncommon for a woman to be engaged in operating machinery like mowers, trimmers and end loaders. In fact, it was so unusual that after a reporter from the Des Moines Register discovered her operating a large mower on the Water Works grounds, Lisa found herself the subject of a feature story in the paper.

“That was actually a lot of fun – to be 18 years old and see your work in the newspaper,” Lisa said. “Perhaps it was a little unusual, but I never felt out of place. It always felt just right to me.”

Despite her demonstrated success and sudden fame, Lisa struggled to find employment as a horticulturalist after finishing her degree. With her dream temporarily put on hold, she accepted a position as a foreign exchange teller at Iowa Des Moines National Bank.

Then, one day, the phone rang.

“A friend was a property manager at a business complex with MidAmerica Group and wanted to plant some flower beds at the property,” Lisa said. “So I started planting a few beds at night after working at the bank, and things just grew and grew. After a couple of seasons, I was able to leave my job at the bank and plant full-time.”

“It was a lucky circumstance, but I really believe that’s just the way it was supposed to go! Thirty-three years later, I’m still planting those same exact beds,” she said. “Although lately things have been getting a little more creative,” she added with a wink.

Gardeners are the best among us at nurturing the things they love – be it a flower, a client or a child. Lisa’s gardens naturally became a place where all three of her daughters could grow as well.
“Gardens have so many lessons for us,” Lisa said. “Perhaps most importantly, they teach us how to anticipate the consequences of our actions, which creates patience and attention to detail.”

“For our family, the garden became a perfect place to raise our daughters.”

“Lisa is a true artist,” said Matt Boelman, co-owner at Perficut Companies. “As her experience grew, it became obvious that we could never perform with the vision and reliability that she could, so rather than trying to compete with her and failing, we began contracting her for all our jobs. Then, after working together for several years, she accepted our invitation to oversee our entire flower department.”

“Having the opportunity to work with a company like Perficut was really a dream come true for me,” said Lisa. “Every day I have the chance to work on many of the most important gardens in our region, some of which are truly world class. It’s something that I never could have imagined when I was 18 and peering inside the greenhouse at DMACC with my nose smushed up against glass.”

“It’s been incredibly rewarding to be part of the transformation of the city. Having grown up in Des Moines, I remember going to the Des Moines Library. The transformation there [to the World Food Prize Hall of Laureates] has been especially rewarding. And watching the East Village and the Western Gateway come to life is so much fun.”

“The best part is watching how people enjoy the spaces that we maintain,” Lisa said. “Whether it’s an employee stepping outside for lunch on the campus at Principal or Nationwide, or a patient getting some fresh air with family members at Mercy.”

“A little bit of color and a few flowers can quickly turn into a moment, and in that little sliver of joy, we’re there.”