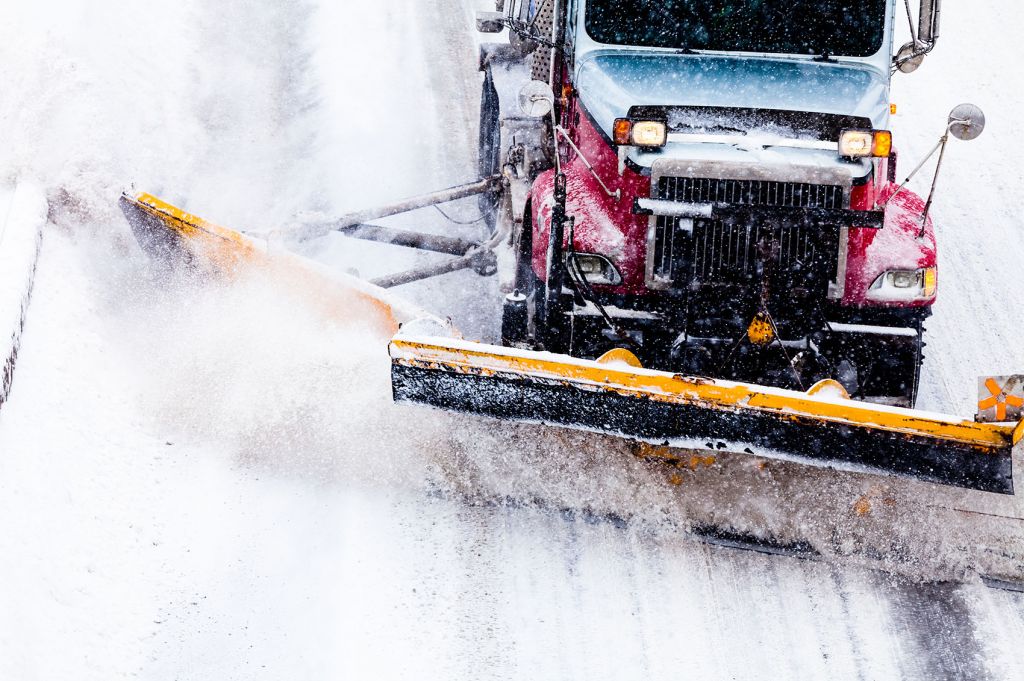 THE STORY ON HOW PERFICUT’S DRIVE TO BE THE BEST RESULTED IN THE COMPANY DECIDING TO BECOME IT’S OWN WORST CUSTOMER – SO THAT AN ACTUAL CLIENT NEVER WOULD.

A smart phone has been set in the console next to him. It’s a simple device, but the key to what’s unfolding. The phone has been loaded with site maps and snow plans, and is linked together with 250 other Perficut employees and service providers who are entering data, recording photographs, and reporting on their progress in real-time as the storm is unfolding.

The system was designed by Matt Boelman, Kory’s long-time business partner and friend, and links together weather forecasts, pre-seasons snow plans, in-event operations, and post-event audits. It provides operators with maps, instructions, and checklists, and allows workers to include notes and photos from every service as it is performed. It’s a custom application that is cutting edge in the industry, but something that both men shrug off as nothing more than a necessity. With more than 240 sites being serviced during every storm, Matt realized that the only thing more important than accountability would be creativity.

This morning, Kory hasn’t touched his phone. He doesn’t need to. He has all the information memorized. He makes a few turns through a maze of residential streets, adjusts the radio and then turns into a commercial site. The lot has already been cleared and Kory takes a quick spin through the property to check the perimeter. On the north end of the lot snow has been piled into a massive mountain. The pile of snow is a monument to Iowa winters and is nearly sufficient to become its own ski resort.

Kory hops out of the truck, walks around the pile, and then gets down on his knee to look across the terrain like a golfer eying up a putt. As he takes two or three looks from different angles, I’m starting to get a sense for what the Perficut tag line “Insanely Meticulous” really means.

When he gets back in the truck, he offers an explanation. “When they poured the concrete for this lot they didn’t get the grade right. If you look closely you can see that there is a two-inch drop into a little pool over there. If you put the snow in the wrong place and it warms up, and then you get a refreeze, you’re going to have an ice skating rink that covers a quarter-acre.”

“You can pile the first six-inches of snow over there,” he says as he points to the monument. “Twelve inches requires some creativity. Anything over twelve you have to haul out.” He snaps a photo of the monument and then punches a few buttons on the phone. “We’re okay now. We’ve got room for a few more inches.”

Back at the office, Julie Van Dike is staffing the Perficut Help Desk. Kory and Matt established the Help Desk a few years ago so that clients would have someone on-call 24 hours-a-day, seven days-a-week. As a practical matter, the only people on the phone at 4:15 in the morning are Kory and Matt, and at times Julie and her team look a bit like the Maytag lonely repair man.

Matt explains the service relatively simply. “Our clients are manufacturing companies, hospitals, busy retail outlets, and shipping companies. Many of them work around the clock. If a water main breaks at 3:00 AM and it’s ten degrees outside, we need to have a crew there to deal with the ice before the shift changes or an ambulance needs to use the driveway. If our clients are working, we have to be available.”

Across the street from the Help Desk, Matt is monitoring the data that is now pouring in from across the State. He can see when each crew arrives and leaves, what equipment was needed, where salt and snow melt was applied, and learn about any concerns that the crews have as they arise.

He checks a few weather reports that were sent over from Perficut’s dedicated meteorologist, and then scrolls through some site reports and opens a few photos. Not finding what he wants, he picks up the phone to call Josh Hyde, one of Perficut’s many Account Managers. Every site that is managed by Perficut has a designated account manager that is responsible for pre-season planning and post-even inspections.

“Have you been by 4256 yet?” Matt asks Josh. “Can you run back by there and double-check the back lot? Meteorology is showing that the wind is moving to the north-west and I’m concerned there may be drifting.”

Josh smiles as he hangs up the phone. He’s already checked the lot, but he’s been around long enough to know that double-checks are good and triple-checks are better. He embraces the Perficut concept that “meeting customer expectations is only a starting point.” He also understands that most of what he does is under the radar. His work is rarely appreciated by his clients, but always expected by his company. Josh is the kind of guy that will buy a cup of coffee for the guy in line behind him, and doesn’t mind when a good deed goes unnoticed.

When Josh arrives back at his location he can see that the work is perfect. The lot and walks have been cleared, and salt and ice melt have been applied. He drives around to the back of the property to check for drifting and as he makes the turn, he sees that Kory is already there. New hires are sometimes surprised to arrive at a location and find that one of the owners of such a large company is still working on the front lines, but after twenty-five years in business some habits seem to be hard to break.

Kory has a bag of salt under one arm and is spreading handfuls of the stuff all around the back entrance. The price of salt has increased by more than 400% in the last couple of years, but Kory uses it like he owns the salt mine. Perficut buys so much salt each year that people joke that they actually own most of Egypt.

Kory sees Josh pull up and points to the drifts that are beginning to inch their way toward the sanctity of the lot. Josh nods, takes a few photos of the drifts, and then punches a few notes into his phone to request that a clean-up crew come back in an hour. Back at the office, Matt sees the update come through and then heads downstairs to get another cup of coffee.

When he reaches the bottom of the stairs he bumps into Cassie Cimiglia. Cassie is the independent internal auditor for Perficut’s Snow & Ice Program and is responsible for evaluating whether Perficut has maintained certain quality standards that have been established by the International Standards Organization. Stated simply, when the work is done, her job is to check it.

Everybody knows that cops are rarely loved by the people that they serve, and Cassie’s job is no different. She lives for details and her responsibility at Perficut is locating any detail that has been overlooked. At the end of each snow event, she checks client sites for quality and safety, and reviews the in-event documentation for consistency and completeness. It is a thankless job that is appreciated only by Kory and Matt, and represents a significant investment in their quest for perfection.

The two exchange cordial greetings, but Matt is careful not to give away any clues about what has been happening throughout the storm. After all, that’s what makes the process so valuable – you never know exactly where Cassie will strike next.

As Cassie sits down in her office, the sun is starting to peak across the horizon. Another day is beginning and Perficut’s clients are heading to work.

We’re trying new things at Perficut. If you enjoyed this story, let us know. Email us at mboelman@perficut.com.